In unicellular eukaryotes, cell division is necessary in order for the organism to reproduce. 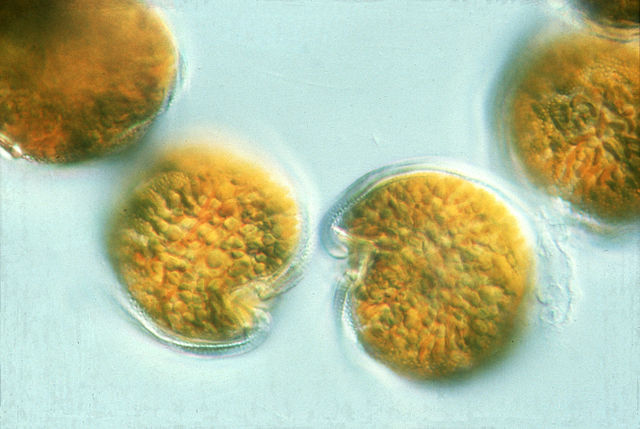 Unicellular algae viewed through a microscope. Like all unicellular eukaryotes, they use cell division to reproduce. Image: CSIRO on Wikimedia Commons (CC BY 3.0 - https://creativecommons.org/licenses/by/3.0/deed.en)

In multicellular eukaryotes, cell division is involved in a wide range of processes, including: 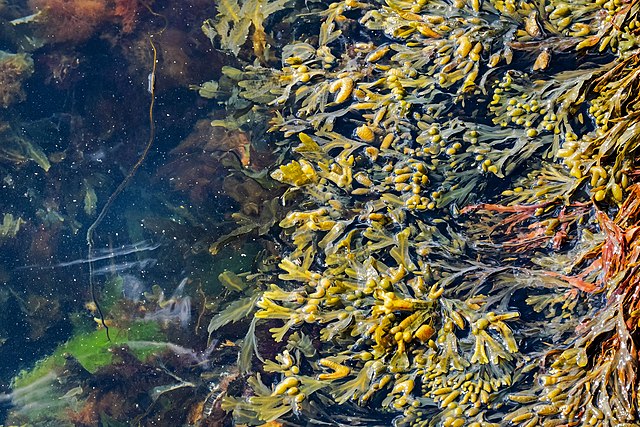 Bladder wrack (shown above) is a type of seaweed. Seaweeds are multicellular algae. Like all multicellular eukaryotes, they use cell division for reproduction, growth and development, and the maintenance and repair of tissues.

Some animals, including humans, many other mammals and most birds, stop growing once they reach a certain life stage (adulthood in humans). Once these animals reach this mature stage, cell division is mainly used for maintenance and repair of tissues, as well as for reproduction. 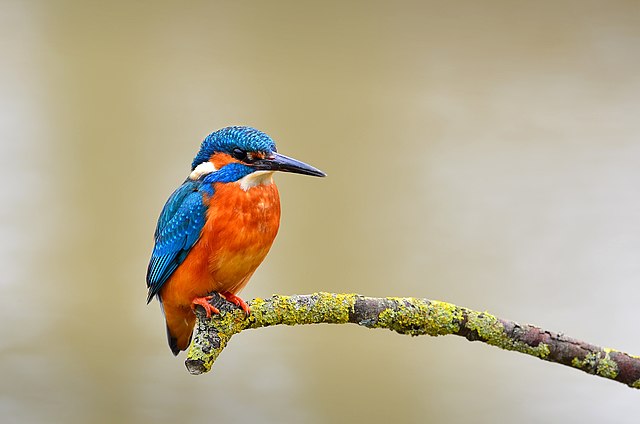 Most birds, such as this kingfisher, stop growing once they reach a certain size. In mature birds of these species, cell division is mainly used for repair and maintenance of tissues. The same is true for many mammals, including humans.

However, most multicellular organisms actually continue growing throughout their entire lifetime. This is true for many animals as well as most plants, multicellular fungi and multicellular algae. So in these organisms, growth continues to be an important reason for cell division through their lives. 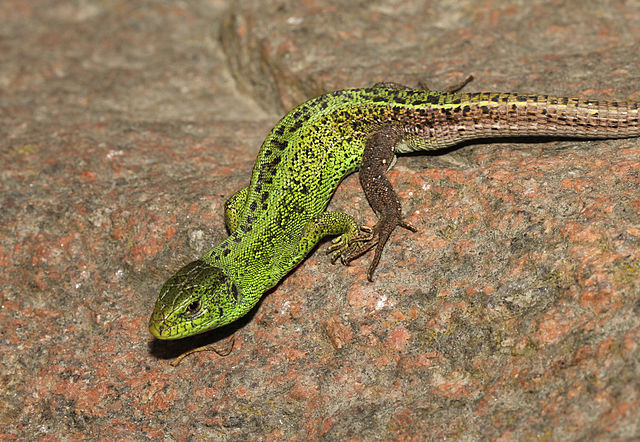 Most lizards continue growing throughout life. The same is also true for many other animals and most plants and multicellular fungi and algae. In these organisms, growth continues to be an important reason for cell division throughout life.

Cell division in eukaryotes involves either mitosis or meiosis

Meiosis is a process that is used to produce sex cells for sexual reproduction in many (but not all) eukaryotes. Mitosis is the process used in cell division in all other situations.

In eukaryotes, the cell cycle has three phases

Interphase happens first, then mitosis, then cytokinesis. The cell cycle then repeats.

In eukaryotes, the cell cycle has three phases: interphase, mitosis and cytokinesis.

In interphase, the following things happen:

(These processes do not necessarily happen in the order listed above. In fact, some of them may happen at the same time as each other.)

The nucleus is not replicated during interphase. This happens later, during mitosis.

During interphase the cell grows, sub-cellular structures are replicated, and the DNA is replicated.

The DNA in eukaryotes is in the form of chromosomes, which are located in the nucleus.

At the start of interphase, each chromosome is just a single DNA molecule.

Therefore, although the amount of DNA in the nucleus doubles when the DNA is replicated in interphase, the number of chromosomes does not change.

During DNA replication, each chromosome is copied. The structure that is formed is still called a chromosome, but now it is made up of two copies of the original chromosome joined together. The nucleus shown here contains three chromosomes. The actual number varies greatly between species.

When viewed through a microscope, a chromosome that is made up of two copies joined together looks like an X. 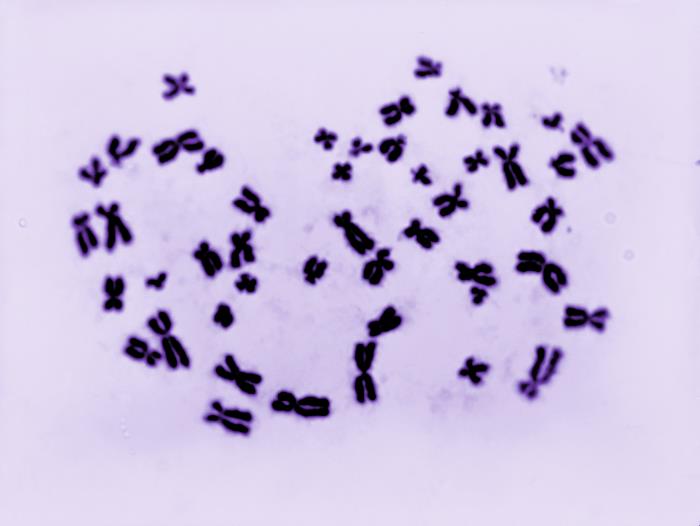 Microscope image of the chromosomes from the nucleus of a human body cell. Each chromosome appears as an X shape.

As explained above, at the end of interphase each chromosome is made up of two identical copies joined together.

In mitosis, these two copies are pulled apart and go to opposite sides of the nucleus.

Once they are separated, each of the two copies is called a chromosome. This means that the word 'chromosome' can refer to a single copy on its own or two identical copies joined together.

Once the chromosomes have reached opposite sides of the nucleus, the nucleus itself divides to form two nuclei.

At the start of mitosis, each chromosome is made up of two identical copies of an original chromosome. During mitosis, these two copies are separated and pulled to opposite ends of the cell. The nucleus then divides in two.

So, at the end of mitosis, the cell contains two nuclei, and each of these nuclei has the same amount of DNA as the cell had at the beginning of interphase (before the DNA was replicated).

During mitosis, the chromosomes separate and the nucleus divides.

In cytokinesis, the cell itself splits in two. The cell membrane splits to form two cells. The cytoplasm is divided between these two new cells. Each of the cells receives one of the two nuclei.

During cytokinesis the cell splits in two. Each cell receives one of the nuclei.

The cell cycle can now repeat.

What is cell division used for in eukaryotes?

In unicellular eukaryotes, cell division is used for reproduction. In multicellular eukaryotes, it is used for reproduction, growth and development, and the maintenance and repair of tissues. Some animals stop growing when they reach a certain life stage (maturity). Once these animals reach maturity, cell division is mainly used for maintenance and repair of tissues.

What are the two different types of cell division in eukaryotes?

For cell division involving mitosis, what are the three phases of the cell cycle?

For cell division involving mitosis, the three phases of the cell cycle are interphase, mitosis and cytokinesis (in that order).

What happens during interphase?

During interphase, the cell grows, sub-cellular structures such as ribosomes and mitochondria are replicated, and the DNA is replicated.

What are the chromosomes like before and after DNA replication?

What happens during mitosis?

During mitosis, the two DNA molecules in each chromosome are pulled apart, making them separate chromosomes. They are pulled to opposite sides of the nucleus. The nucleus then divides in two.

What happens in cytokinesis?

In cytokinesis, the cell splits in two. The cell membrane splits to form two cells. Each cell receives one nucleus and a portion of the cytoplasm. If the cell division involved mitosis then the two cells are genetically identical to the original cell and two each other.