Cell division is when one cell divides to form two cells. It is the process by which new cells are made.

The process of cell division is different in prokaryotic cells and eukaryotic cells. However, there are some things that they have in common.

Before a cell divides, it usually grows, copies its sub-cellular structures, and copies its DNA

In both prokaryotic and eukaryotic cells, there are certain things that usually happen before a cell divides. These are the following:

Once these things have taken place, the cell divides.

Cells can divide repeatedly in a process called the cell cycle

In both prokaryotes and eukaryotes, these steps can take place repeatedly. In other words, a cell grows, copies its sub-cellular structures and DNA, and then divides to form two cells. Each of those two cells then grows, copies its sub-cellular structures, and divides, resulting in a total of four cells. Each of those cells then does the same, and so on.

This repeating process is called the cell cycle. 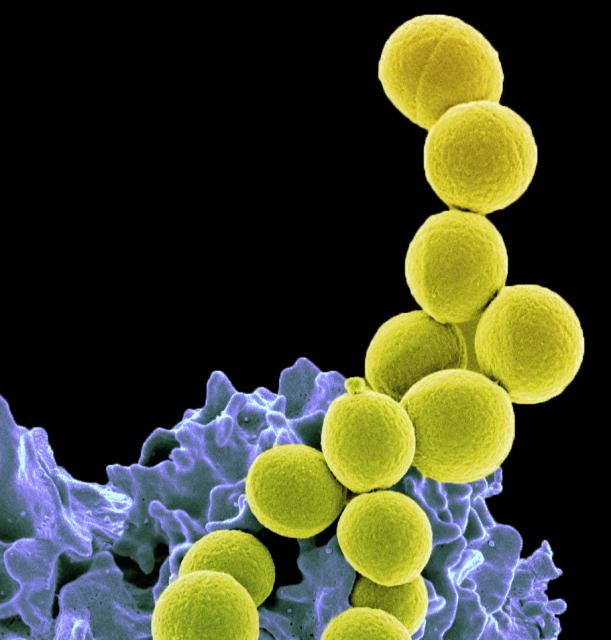 Bacterial cells. Like the cells of all organisms, they are able to repeatedly divide and grow in a process called the cell cycle. This image was captured with an electron microscope. The colours have been added artificially on a computer.

What is cell division?

Cell division is when one cell divides to form two cells. It is the process by which new cells are made.

What things usually happen before a cell divides?

Before a cell divides, the following usually happen: the cell grows; sub-cellular structures are copied; the DNA is copied.

What is the cell cycle?

The cell cycle is a repeating set of processes in which cells grow, replicate their sub-cellular structures and DNA, and then divide. Each of the cells produced by this division can then begin the cell cycle again.