Carbohydrates are group of biological molecules that are made up of the elements carbon, hydrogen and oxygen.

Sugars are small, water soluble carbohydrates. They usually have a sweet taste.

Examples of sugars include glucose, sucrose and deoxyribose.

Examples of sugars include glucose, sucrose and deoxyribose. 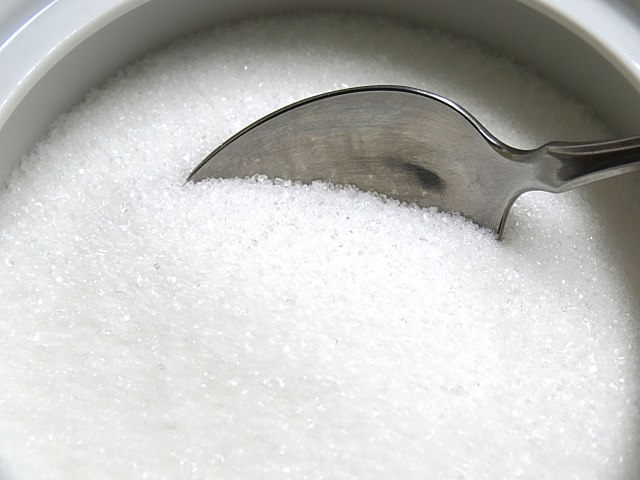 The sugar which is added to food is made up of crystals of sucrose.

Sugars as a source of energy

Cells often use sugars as an energy source. Sugar molecules have chemical energy within them, and through a process called respiration they can be broken down, releasing this energy. The energy can then be used to drive various processes within the cell (such as active transport and movement).

Sugars can be used as a source of energy. In respiration, sugars are broken down into smaller molecules, releasing energy which can be used by the cell.

Sugars can also be used as building blocks to make larger molecules which perform other functions.

For example, glucose molecules can be bonded together to form complex carbohydrates such as starch, glycogen and cellulose (see below).

The sugar deoxyribose forms part of DNA molecules. This will be covered in more detail on the page on DNA structure.

The complex carbohydrates starch, glycogen and cellulose. They are each made of many glucose molecules joined together, however their structures are very different to each other.

Starch and glycogen are used as energy stores. Starch is used in plants and glycogen is used in animals. They can be used to store large amounts of energy in a fairly small amount of space. When this energy is needed they can be broken down into glucose, which can then be used in respiration as a source of energy.

Note that glucose is an energy source, whereas starch and glycogen are energy stores. 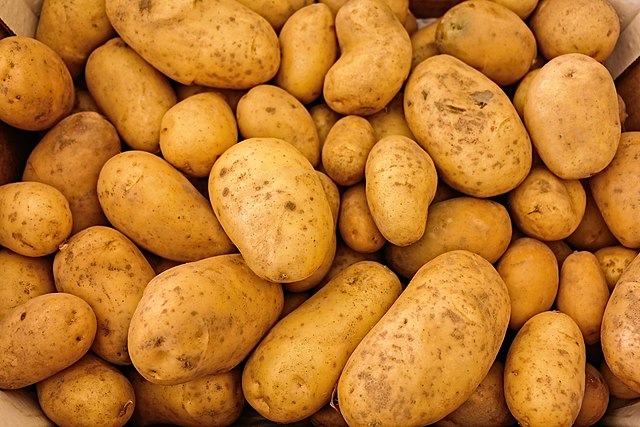 Potatoes contain large amounts of starch. They provide a way for the potato plant to store energy and building blocks underground during the winter. The energy and nutrients can then be used to regrow the rest of the plant when the weather improves.

Cellulose is the biological molecule that the cell walls of plants and algae are made out of. It has a structural role - it helps to give the cell strength and shape. 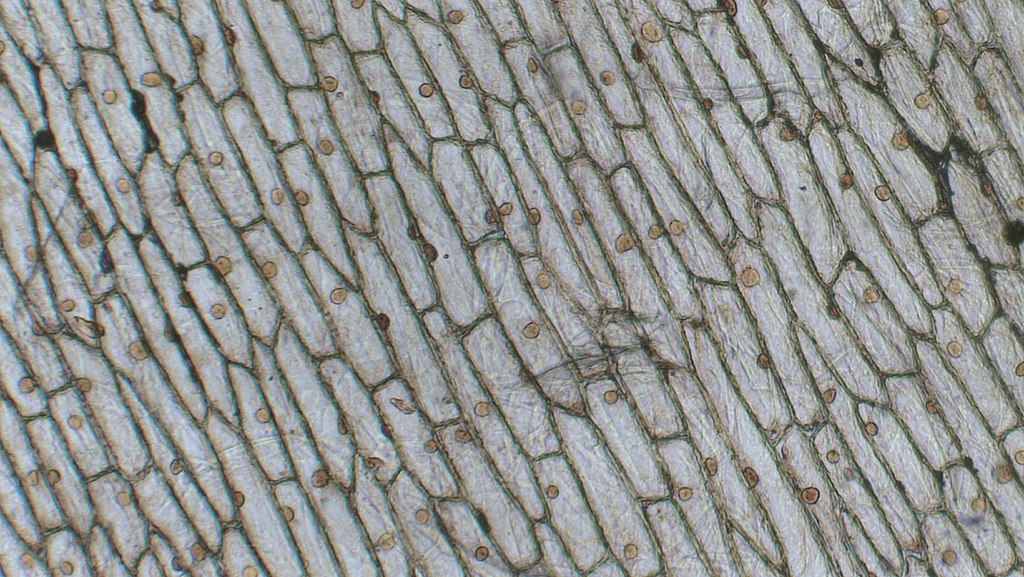 Onion cells viewed through a microscope. The cell walls are made of cellulose.

Note that the names of many carbohydrates, especially sugars, end in '-ose'.

Carbohydrates are a group of biological molecules made up of the elements carbon, hydrogen and oxygen.

What are the two types of carbohydrates?

Sugars are small, water soluble carbohydrates that usually have a sweet taste.

How do cells use sugars?

Cells use sugars as a source of energy. This energy is released through respiration. Cells also use sugars to form parts of larger molecules like complex carbohydrates and DNA.

What are complex carbohydrates?

Complex carbohydrates are very large molecules made by joining together hundreds or thousands of sugar molecules.

What are some examples of complex carbohydrates and their functions?