Proteins are a group of biological molecules that play many important roles in living things.

They are very large biological molecules which are made by joining together many smaller molecules called amino acids.

Proteins are made by ribosomes. At a ribosome, hundreds or thousands of amino acids are joined together to form a long chain, which then folds up to form a protein.

At a ribosome, many amino acids join together into a chain. This chain of amino acids then folds into a protein. This diagram shows a relatively small number of amino acids, but there are actually hundreds or thousands of amino acids in most proteins.

Proteins carry out a huge variety of functions in living things. Almost every biological process uses proteins in some way. Some complex biological processes, like photosynthesis, require huge numbers of proteins all carrying out different functions.

Some examples of the functions of proteins are listed below. You do not need to memorise this list - it is just to give you an idea of how important proteins are to living things. Some of these types of proteins will be covered in more detail in other parts of the course. 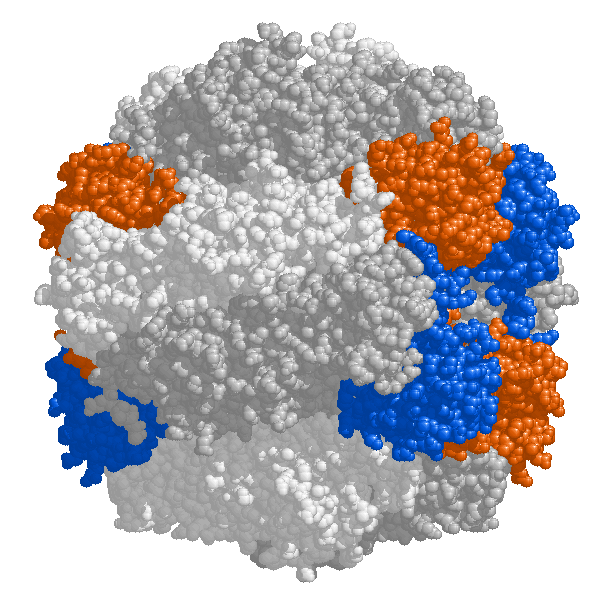 Computer generated image of an enzyme called rubisco, which plays an important role in photosynthesis. 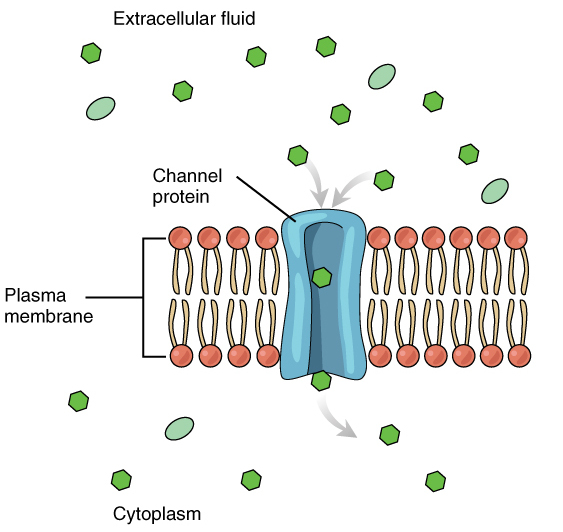 There are also transport proteins that carry substances longer distances. For example, haemoglobin is a protein that carries oxygen in the blood of many animals. 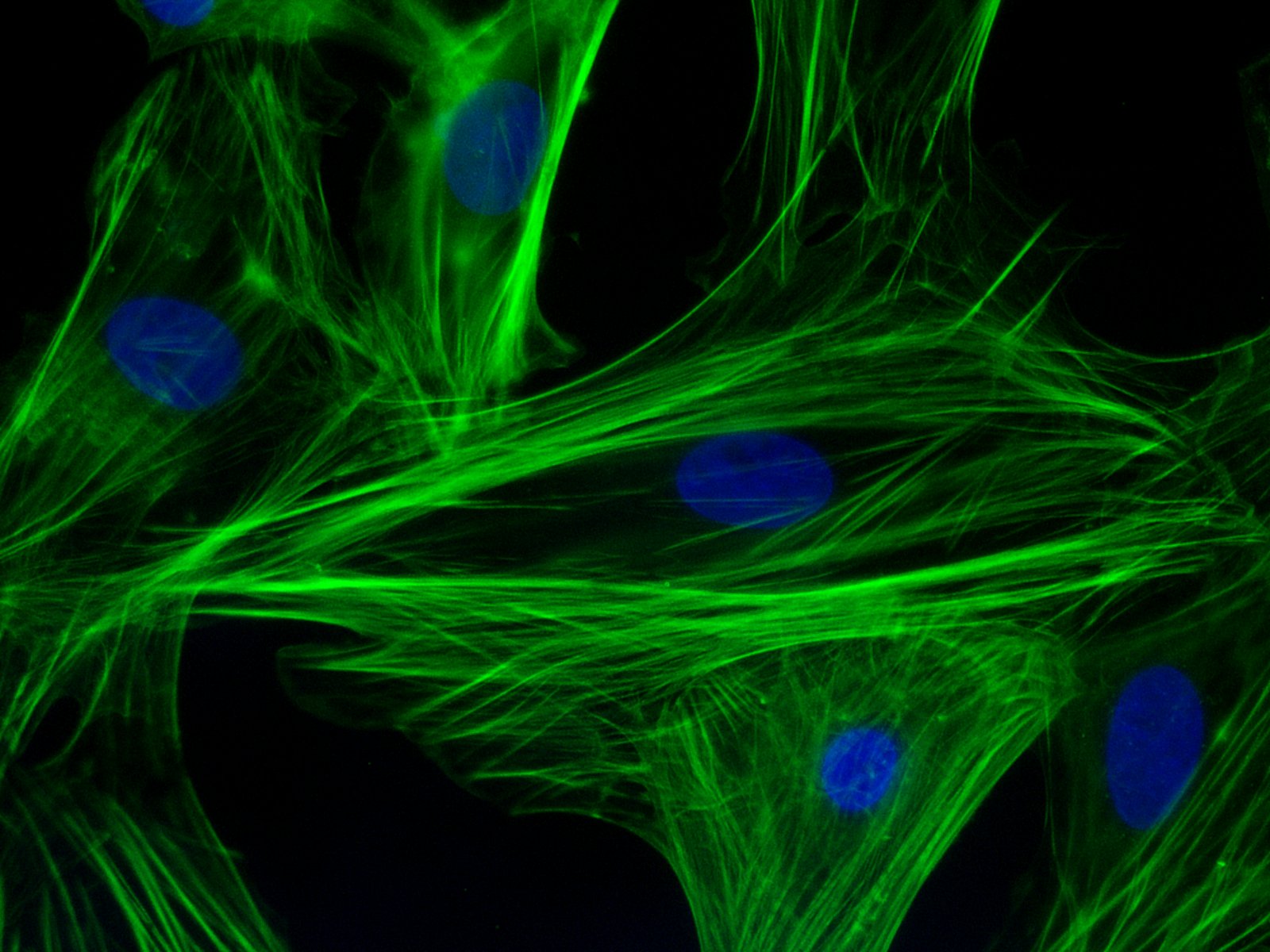 A hormone is a biological molecule that stimulates changes in an organism. Some hormones (such as insulin) are proteins.

The structure of insulin. Image: 014-insulin-4ins.gif by David Goodsell on Wikimedia Commons (CC BY 3.0 - https://creativecommons.org/licenses/by/3.0/deed.en)

Antibodies are group of proteins that play important roles in the immune systems of animals.

Receptors are structures in an organism that detect stimuli (such as light, sound or touch). Many receptors are proteins.

For example, all cells have receptor proteins in their cell membranes which allow them to detect other cells that they come into contact with (cell recognition). 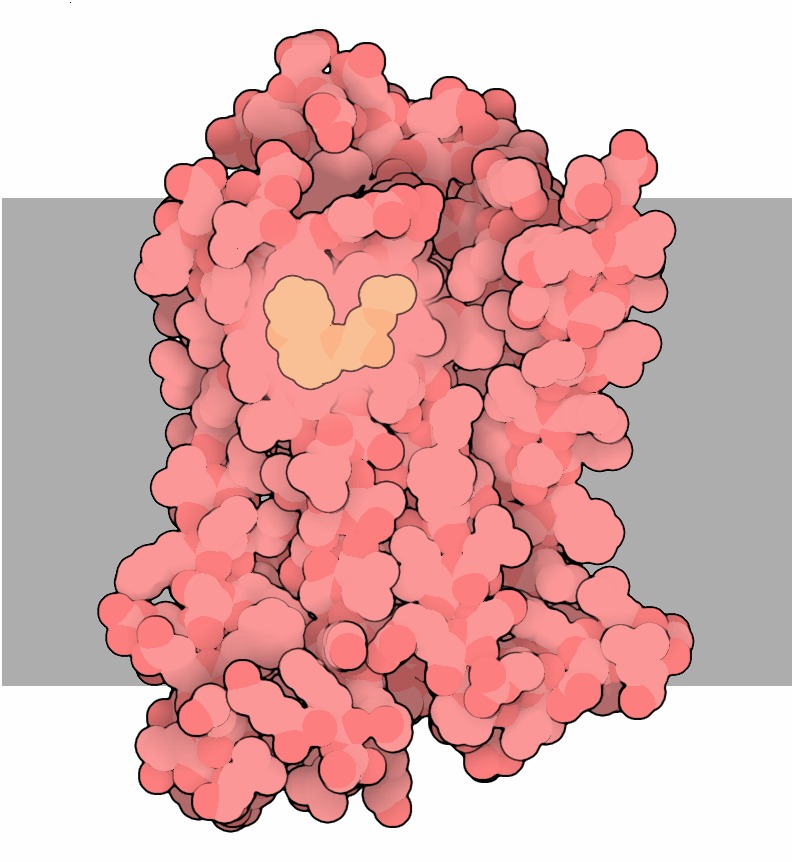 A receptor protein that detects the hormone adrenaline. The protein is shown in red. It is embedded in the cell membrane, which is shown as a grey strip. When a molecule of adrenaline - shown in orange - binds to the receptor protein, changes are triggered within the cell. Image: 100-AdrenergicReceptors-2rh1.tif by David Goodsell on Wikimedia Commons (CC BY 3.0 - https://creativecommons.org/licenses/by/3.0/deed.en) 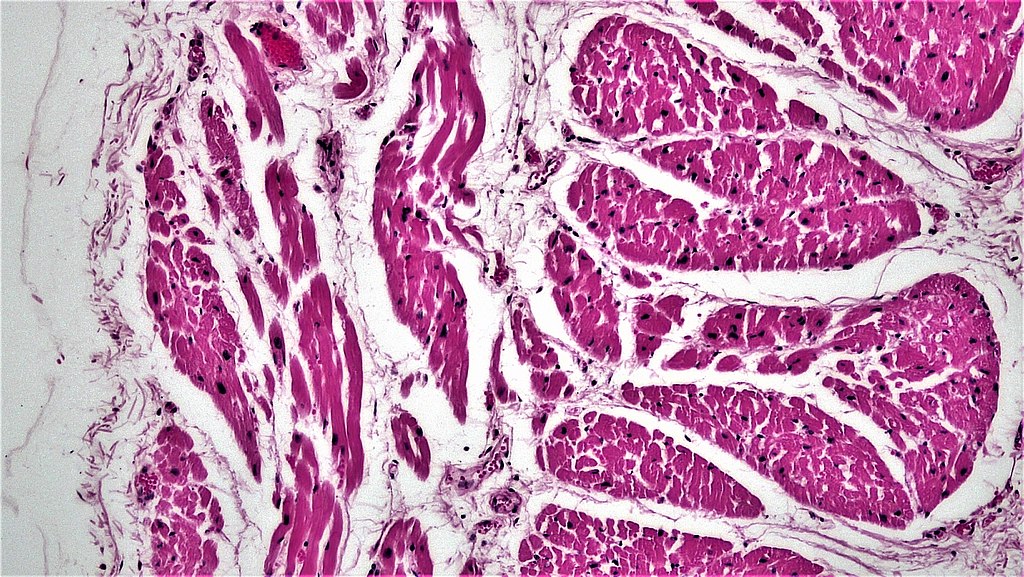 Toxins are biological molecules that organisms use to cause harm to other organisms. Many toxins are proteins. For example, plants produce many toxic proteins to prevent animals from eating them.

The structure of a toxin which is produced by the bacterium Shigella dysenteriae.

Proteins are a group of biological molecules that play many important roles in living things. They are involved in almost every biological process.

What are proteins made of and how are they made?

Proteins are made of amino acids. At a ribosome, hundreds or thousands of amino acids are joined together into a long chain which then folds up to form a protein.