If you used a microscope to look at a range of cells from different organisms - such as animals, plants, fungi, algae, bacteria and so on - you would see a huge amount of variation.

Cells vary greatly in terms of their shapes and sizes and the sub-cellular structures that they contain. Even within one organism cells vary a lot (for example, in a plant, leaf cells and root cells are very different to each other).

However, despite all of this variation, there is one difference that would really stand out when comparing different cells: the cells of bacteria are completely different to the cells of all the other organisms.

Bacteria have very small cells with a very simple structure. They do not have a nucleus. In fact, they have very few sub-cellular structures.

Bacterial cells are much smaller than other cells, and they have a much simpler structure.

Other organisms, including plants, animals, algae and fungi, have much bigger cells which a much more complex structure. These cells contain a nucleus, along with many other sub-cellular structures that are not found in bacterial cells.

The small, simple cells that bacteria have are called prokaryotic cells.

The detailed structures of prokaryotic and eukaryotic cells will be covered over the next couple of pages.

Organisms that have eukaryotic cells are called eukaryotes. This includes plants, animals, algae, fungi and a variety of other organisms.

Some eukaryotes are multicellular, such as plants, animals, some fungi and some algae.

Other eukaryotes are unicellular, such as some fungi, some algae and some other organisms - such as amoebas. 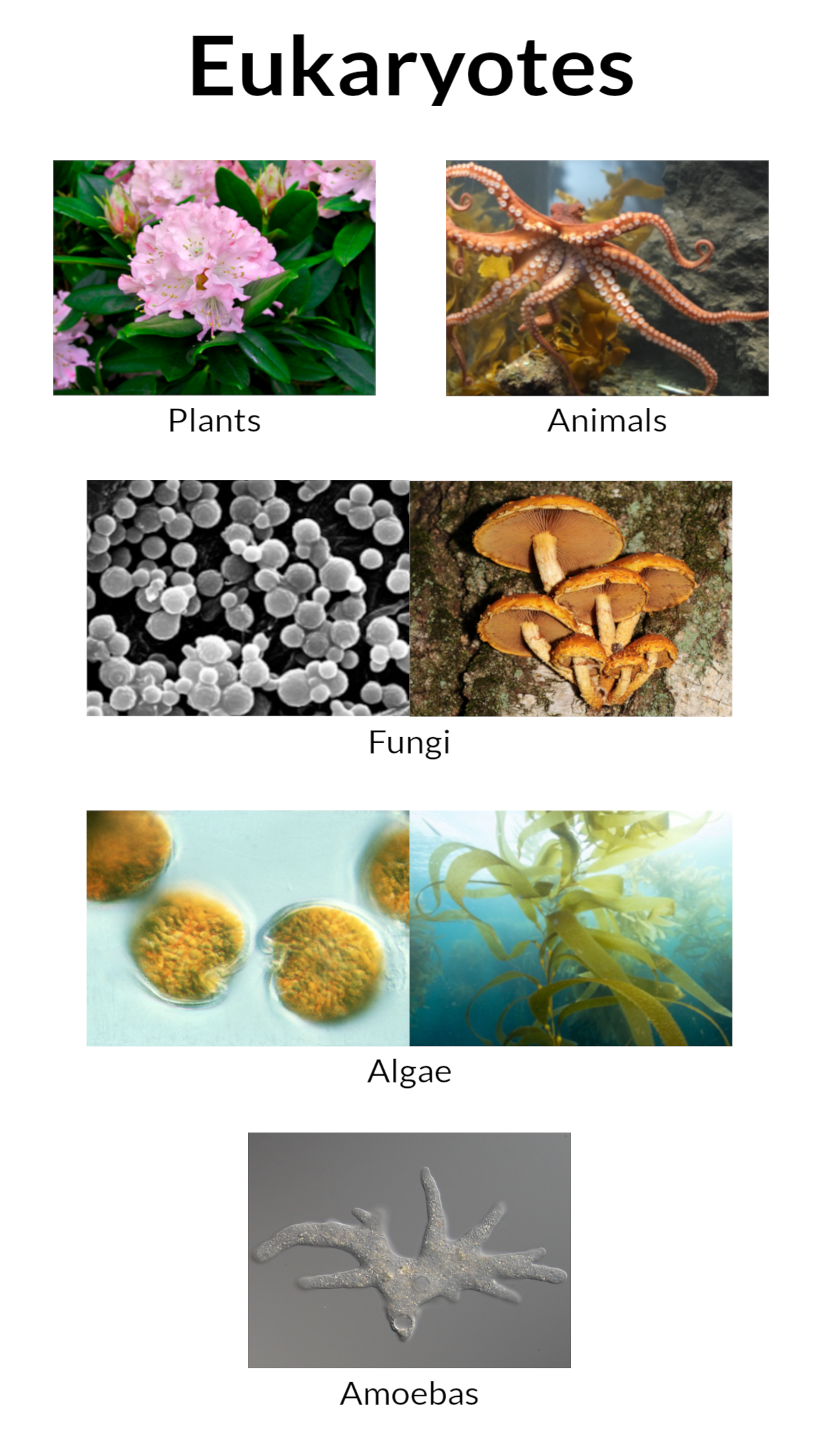 Organisms that have prokaryotic cells are called prokaryotes.

There are actually two groups of prokaryotes: bacteria and another group called archaea, which are very similar to bacteria.

All prokaryotes are unicellular. 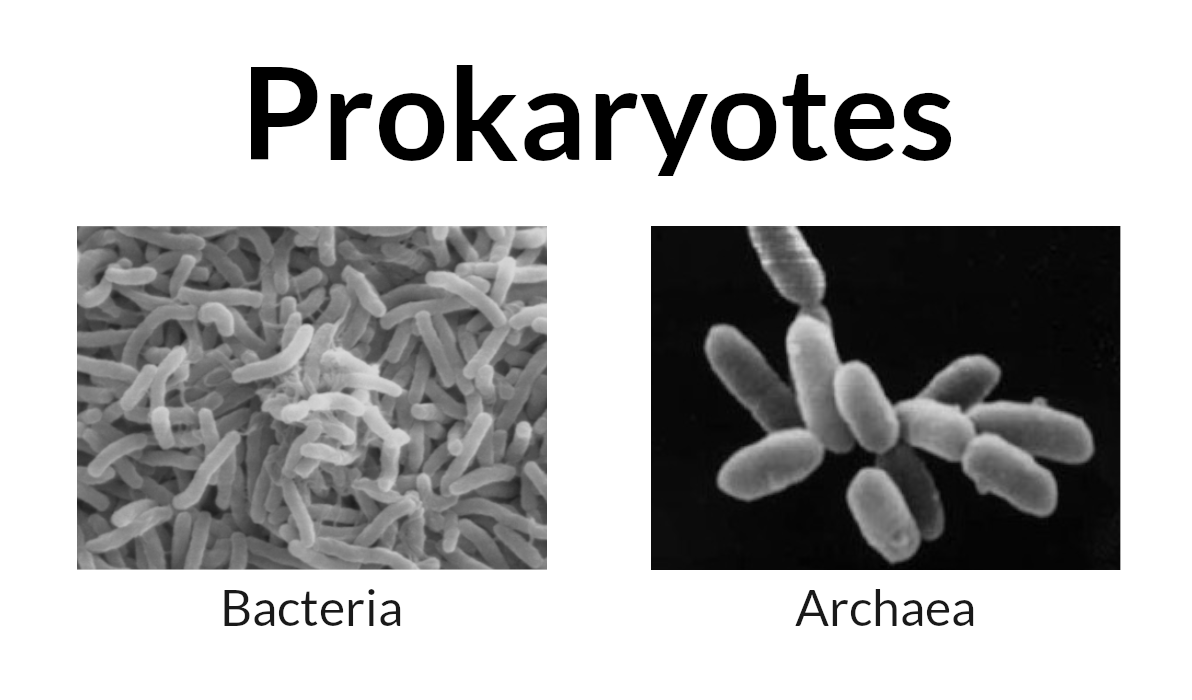 There are two groups of prokaryotes: bacteria and archaea. All prokaryotes are unicellular.

(Note: Some bacteria actually form small structures that could arguably be described as multicellular organisms. This is an interesting topic would be that worth doing some reading on if you are curious (search online for 'multicellular prokaryotes'). But for your GCSE exams, it is best to say that all prokaryotes are unicellular).

What are prokaryotic cells?

Prokaryotic cells are small, simple cells that do not have a nucleus or many other sub-cellular structures.

What are eukaryotic cells?

Eukaryotic cells are large, complex cells that have a nucleus and many other sub-cellular structures.

Prokaryotes are organisms that have prokaryotic cells. Bacteria and archaea are prokaryotes.

Eukaryotes are organisms that have eukaryotic cells. Plants, Animals, Algae and Fungi are eukaryotes.